As I crested the Chambers Road overpass, where Chambers turns into River Road, and started down through that first intersection, I glanced to the right and spotted this:

After a few minutes, a VW pulled up behind the bike. The guy in the passenger seat emerged: 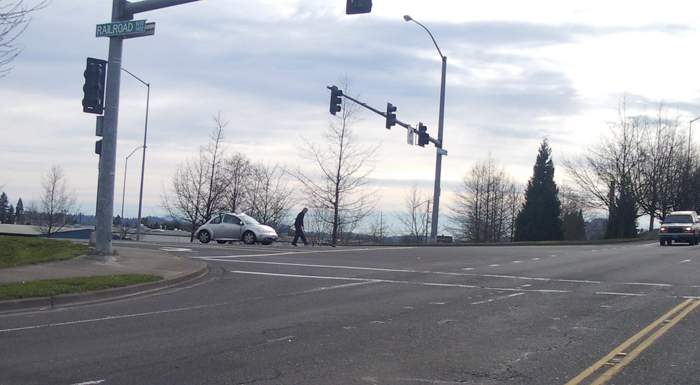 He picked up the bicycle and hurled it disdainfully into the grass on the side of the road before returning to the car: 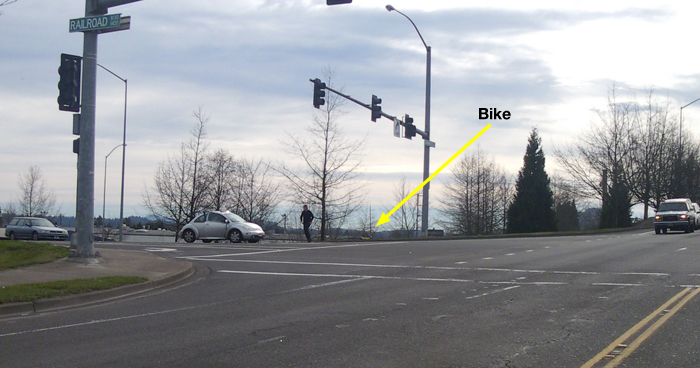 It was left there, cold and lonely … 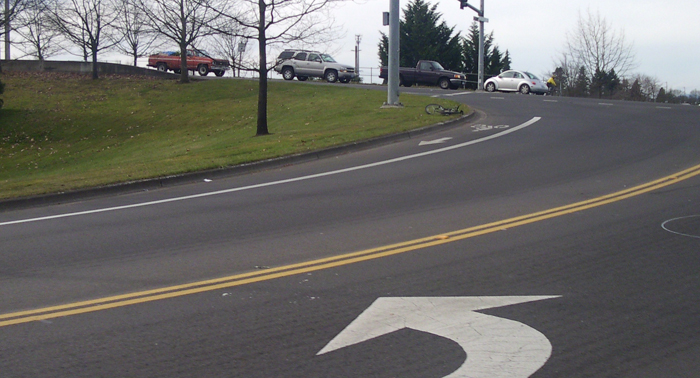 … and the work of conceptual art was thereby completed.

I went on my way, but when I returned about half an hour later the bicycle was gone.

(It finally dawned on me that what probably happened is that this bike fell off of a car’s rear-mounted bicycle rack and was discovered missing a short time later. But that’s not nearly as interesting as the other possibilities.) 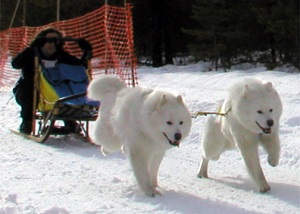 Back in the olden days, when life was cruel and hard, the woolly canine known as the Samoyed was bred to be a working dog, herding caribou and pulling sleds for the benefit of its human masters, a nomadic people who wandered the harsh landscape of Siberia in search of something to eat and an answer to the perplexing question, “Why do we live here?”

In a role reversal that might be explained by (1) the processes of natural selection and evolution, or (2) the unstoppable forward march of animal rights and inter-species justice, we would like to simply note this:

Should the urge to meditate strike without warning, while riding one’s bicycle … 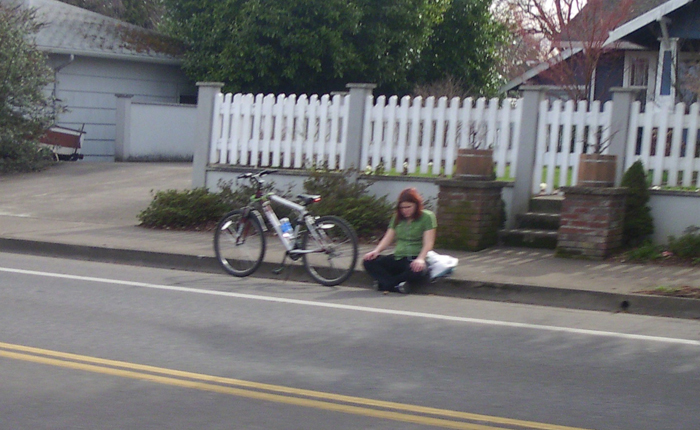 … may we recommend that you pull over and stop before beginning said meditation — as this young woman properly demonstrates. As with cell phone use, the clearing of the mind may not be safe to undertake while actually operating a vehicle, motorized or otherwise.

I’d like to end this post on a hopeful note, so it should be said that I am cheered that my commute home from work is now being greeted with a band of light in the western sky.

I usually am on the road between 5:30 p.m. and 6 p.m or so, and it’s always nice when the entire ride does not take place in the pitch black.

Last week, we passed the point where the official “civil twilight” came later than 6 p.m.

In two weeks, on March 2, we will witness an actual sunset that occurs after 6 p.m. — for the first time since Nov. 4. (If you are really into tables of sunrise and sunset times you can always go here.)

So here’s to the imminent arrival of the brighter and friendlier days of spring.