WARNING! If you are likely to be offended by nude rumps — or really have no interest in them — go ahead and skip this post and get back to work.

I went to Eugene’s World Naked Bike Ride this past Saturday. Took Sharrow and the kids. Not to participate — more for moral support. 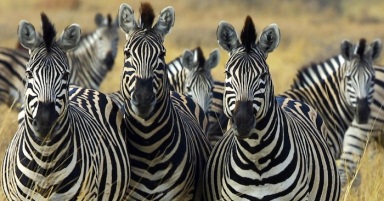 See, I wanted to watch and take pictures of naked people, and I always feel self-conscious when I do that alone. There’s safety in numbers.

But I was wondering as we pulled up to the staging area if it would be appropriate to take photos of the World Naked Bike Ride-Eugene and post them here. Well, it quickly became clear that the participants — at least some of them — were not bothered by the presence of photographers. 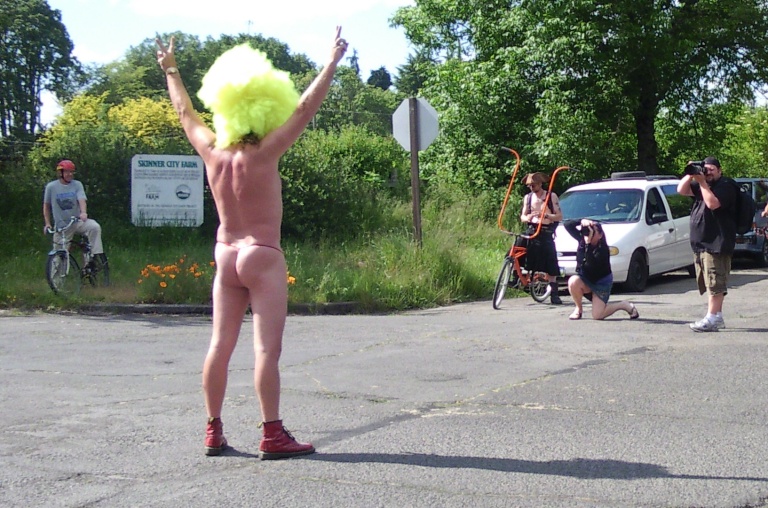 After a lot of this red carpet preshow stuff, the ride proper began. Here go the riders, heading west into the lowering afternoon sun:

But almost immediately, foul luck befell some of the riders. There was not one, but two mechanical problems within five minutes of the start.

Here’s some trouble as the ride headed onto West First Avenue: 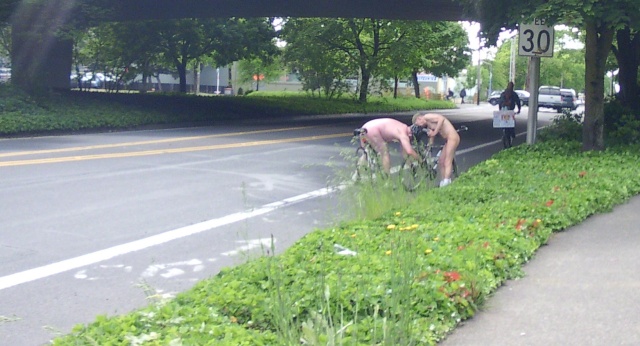 Two guys left behind. We hope the problem had nothing to do with dangling body parts.

But this gets us to today’s cycling pointer: If  you’re going to the World Naked Bike Ride, try not to get dropped.

Finding yourself off the back of the World Naked Bike Ride may be an anxious situation. Which might explain why this guy seems to be riding with urgency: 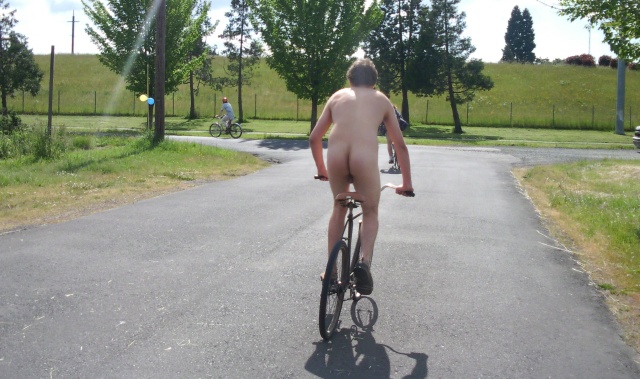 I’m not sure how he got dropped. The pace of the World Naked Bike Ride is none too brisk. I think he just showed up late.

After a little while, Sharrow said, “I think I’ve seen enough.”

And with that we rode back across town to the Party Cart for dinner. (The Party Cart — a food cart in an old travel trailer in the parking lot of the Healthy Pet at 28th and Friendly — is excellent, by the way.)

On the way, Sharrow would pose the question: What is it that compels a person to ride a bicycle around town naked anyway?

I brought up the underlying concept of the World Naked Bike Ride: That it is a statement and a protest about the vulnerability a cyclist faces out on the streets, being “naked” as you’re out there dodging cars and trucks.

But that’s not really enough to make someone literally ride naked, is it? Maybe it’s the same thing that compels people to get naked at the Oregon Country Fair, I ventured? Because you can. And because, after all — like being a zebra on the Serengeti — it’s more fun when you’re not the only one doing it. 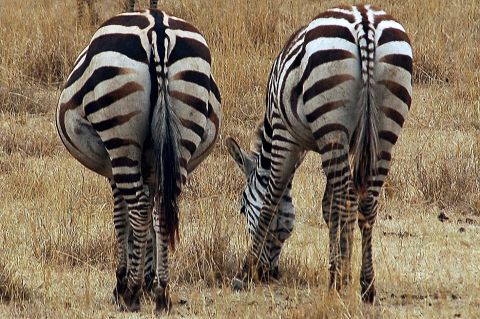 2 thoughts on “The real question: Would you ride your bike naked alone?”