If you’re not among those noble souls who still get a newspaper on their front porch every day, Saul Hubbard of The Register-Guard covers the Willamette Street bike lane kerfuffle in today’s edition.

I don’t mean to criticize our fine public servants, but I do think to be a good bureaucrat you have to be skilled at saying — in sentences so florid and dazzling that they are dutifully transcribed by newspaper reporters — more or less nothing. For instance, the city of Eugene planner heading up this project, one Patricia Thomas, is quoted thusly:

If we are looking at accommodating more growth in existing neighborhoods, area planning and urban design are important so that we can work toward a community vision. … We’ve been hearing from a growing group of people that have ideas about how they want that development to happen.

Ah, well. I suppose one has to be careful about saying anything substantive — which might cause some sort of riot on one side or another.

My thought about this whole issue — creating an urban design plan for this neighborhood — is simply this: The neighborhood isn’t the problem. It supports retail rarities such as a local hardware store and a butcher shop, for chrissake. It must be healthy.

My two cents? The street is ugly, dangerous and noisy. But cyclists are going to use it anyway. Which is the thing urban planners should never forget: It is very hard to change people’s behaviors. It is hard to make people conform your vision, no matter how lovely it may be. Make a bike boulevard on Oak — one idea in the initial draft of the plan — and cyclists are still going to ride on Willamette. That’s because it provides the only direct route from downtown, the north side of College Hill and the neighborhood where I live — what we call “south central,” though it is officially the Washington-Jefferson neighborhood.

As it is now, it’s either this: 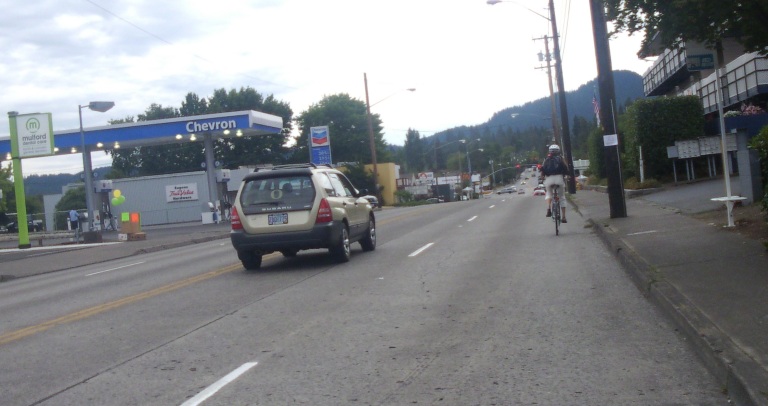 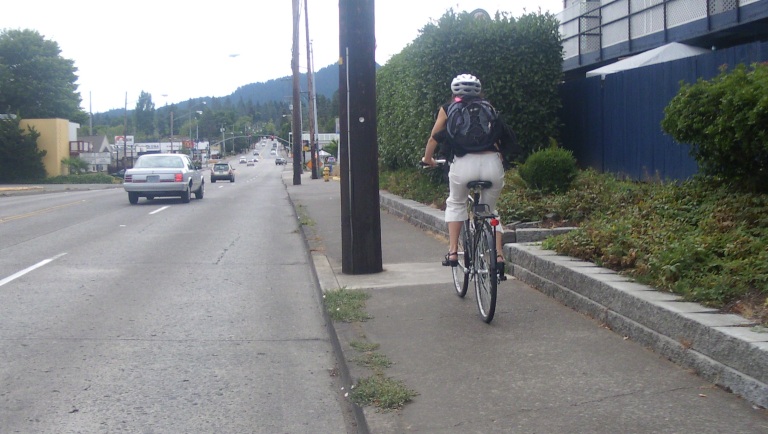 But we should hire more consultants.

8 thoughts on “The R-G on the Willamette Street plan”