We have some unfinished business, don’t we? After three punishing weeks our heroic competitors rolled onto Champs de Broadway and put Le Tour de Milk Crate into the history books. Thank goodness, too, because I think perhaps I’ve beat this dead bicycle too long when there is so much else to make fun of. 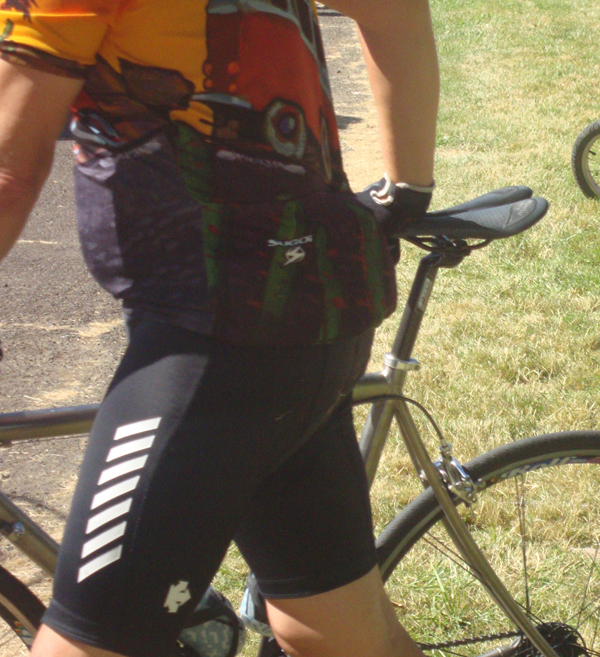 “Roadie paunch!” (lest you think I don’t poke fun at serious cyclists).

Anyway, since we started Le Tour de Milk Crate, we ought to finish it, no? And it was a dramatic final few days, as evidenced by these dramatic action shots: 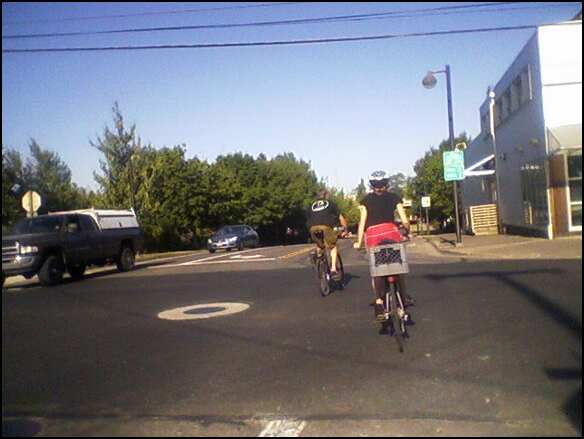 A Tour de Milk Crate competitor rises from the saddle as she prepares to launch a withering attack on an unsuspecting cyclist at Fourth and High.

And speaking of withering attacks, there was furious controversy during the Tour this year when a contender for the overall lead decided to accelerate off the front just as the leader of the race stopped near Madison and Fourth to examine the contents of a “free pile” in the parking strip.

Many saw this attack as a clear violation of the unwritten ethics upheld by most of the riders — that the leader cannot be attacked while engaged in reduce-reuse-recycling activities.

There was also a raid on the hotel of Team Darigold, as authorities rounded up dozens of unauthorized crates … 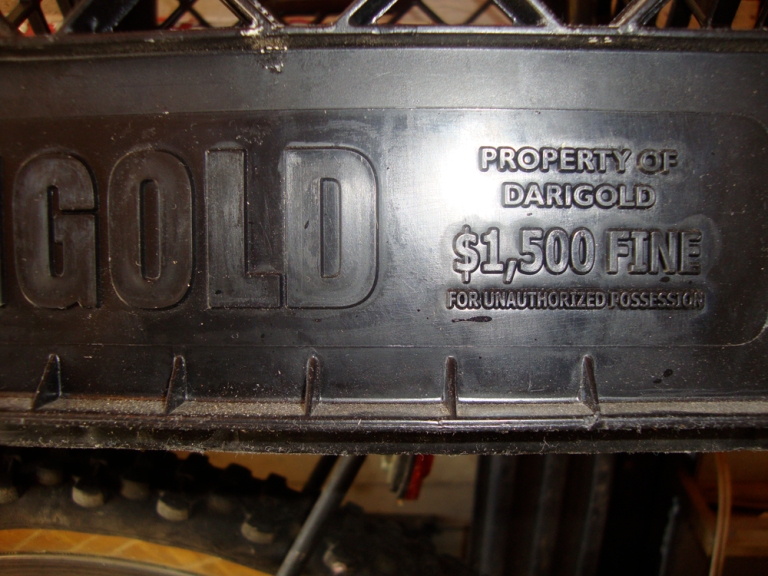 But these controversies couldn’t dampen the human spirit for long, as this unthinkable test of endurance disgorged its champions — such as this rider, shown here as she clinched her hold on the coveted black tank-top … 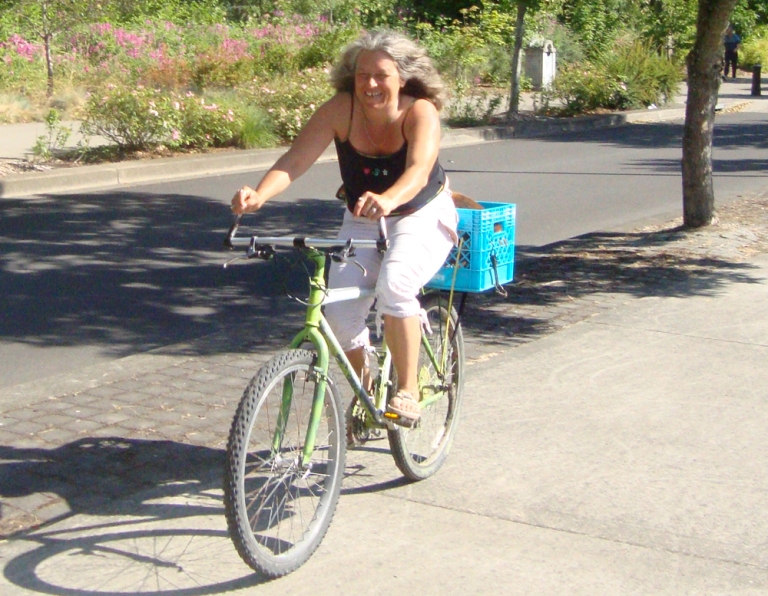 Which is worn, of course, by the best rider in the overall race, who also happens to be portaging a live animal. 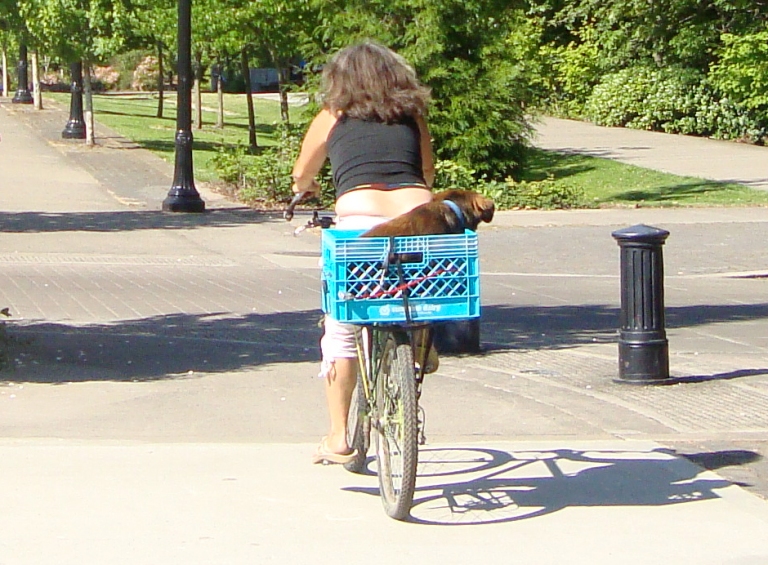 Her rabid (well, not really) fans were eagerly lining the route of the race: 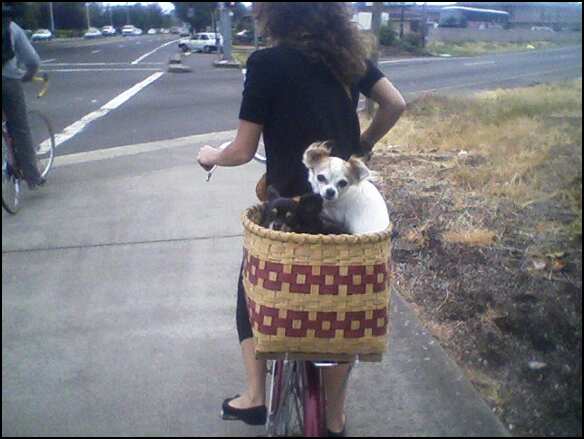 The other day I was ranting about the fact that gas stations want you to pay for air. Well, here is another dramatic action shot from Le Tour de Milk Crate, which shows a rider boldly taking this matter into his own hands, in expected DIY fashion: 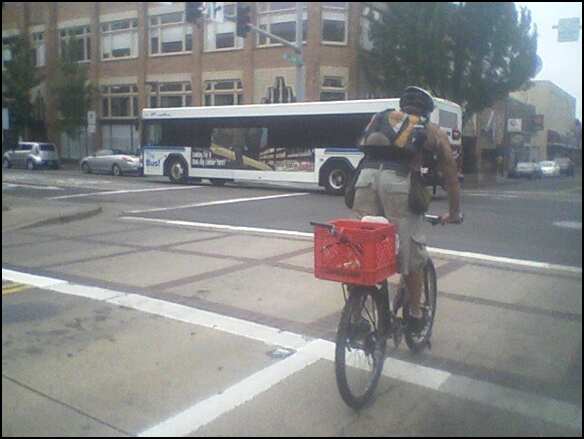 Is that a floor pump in his milk crate? I believe it is. No wimpy, portable pumps for this guy. Nor is he going to be dependent on the good will of others. And because of Le Tour de Milk Crate’s emphasis on leveling the playing field by slowing down those who possess superior cardiovascular strength, this rider was required to wear sand bags on his hips.

So, you’re probably wondering who the winner is. Well, a cagey and timeless veteran has taken the title yet again: