First of all, we are deeply humbled — and also a fair bit anxious — to have taken second place in the annual Eugene Weekly “Best Of” contest:

Anxious because now we feel there might be expectations we must live up to.

I seem to remember Lance Armstrong once saying that second was the worst place to finish. But I don’t feel that way. Finding ourselves in print last Thursday morning was a joyous surprise.

This is one of many reasons I am not like Lance Armstrong. Some others being: I have never won the Tour de France. I am not from Texas. I still have both my original testicles. You know, the fact that Lance Armstrong only has one, may be all the evidence we need that testicles are way overrated.

Anyway, having draped ourselves in an elegant yet daring, open-back evening gown, we will get on with our presumptuous second-place acceptance speech herewith:

Oh my god, this is so amazing! I want to thank the academy — the academy of Eugene Weekly Arts & Sciences — for holding this contest; and my parents for buying me that first real bicycle, a Schwinn Orange Crate Fastback with the cool five-speed top-tube shifter.

I could not have done this without Sharrow, my guiding light and reflective striping.

I also should probably thank anyone whose photo has ever appeared on this blog (I’ll be sharing the prize money with all of you!!) — I literally could not have done this without you either.

Thanks also to anyone I have ever fired a virtual spit wad at: city officials; the creative people at the Eugene Police Department; its spokeswomen Jenna B. McCulley and Melinda V. McLaughlin, for responding to a query or two even after I compared them to Labrador puppies; the University of Oregon for its abiding and super gracious humility; anyone who has ever put a milk crate on the back of a bicycle and my children, whom I have not hesitated to exploit — repeatedly — for cheap laughs.

Finally, of course, big thanks to this guy … 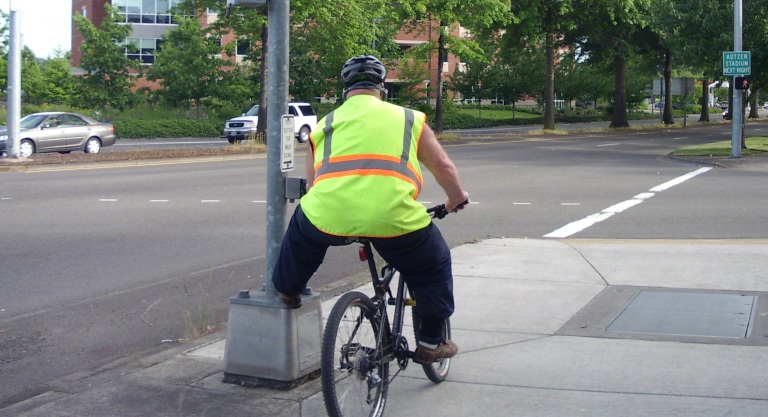 … known as Vinnie, the Enforcer — whom I hired to ride around town threatening to break people’s shins if they did not cast a “Best Of” vote for eugenebicyclist.com. Yes, this awards stuff is a bare-knuckle business.

We will also pause to thank and congratulate this year’s winner, culinaria eugenius, who won for the second year in a row. Culinaria eugenius has a good blog. But next year during the campaign, we are planning to go negative and possibly send Vinnie after her. Yes, this awards thing is a bare-knuckle business.

And we also will acknowledge the third-place winner that’s so Northwest, a blog that I was previously unaware of and which is from the good people at Northwest Community Credit Union.

We are sorry to see that the admirably irreverent, snarky, muck-raking and hard-working person who blogs at UO Matters was not recognized. I’m sure whoever writes that blog annoys a lot of people at UO.

But I have learned a few things from that blog, have stolen ideas from it on occasion and revere it as an important component of whatever emerges from the shattering of tradition modes of journalism in the age of the new media.

There’s that old saying, credited to the late journalist A.J. Liebling: “Freedom of the press is guaranteed only to those who own one.” That’s not true anymore. All you need is a laptop and an Internet connection. To which I say: Yay!

So thanks to the Eugene Weekly for thinking to include blogs in their “Best Of” contest in the first place.

OK, since we’re being all high-minded, we should probably try to show that we deserve this freedom to publish. So I should try to give you some useful and/or important information. 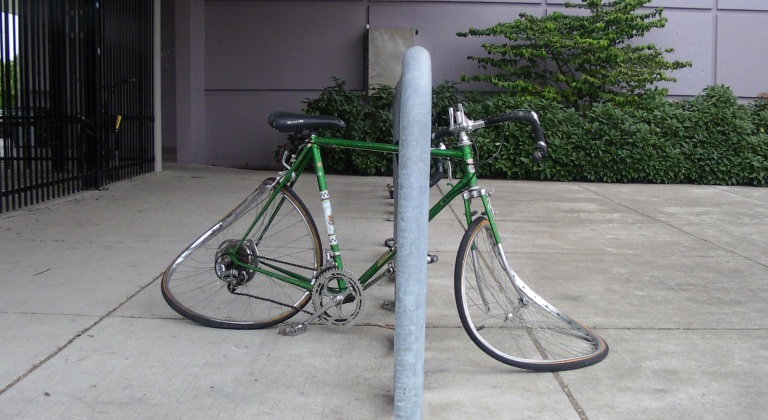 I have no idea. A Salvador Dali sculpture, maybe? Wheels melted as a result of global warming? Shabby chic?

5 thoughts on “We wish to thank the academy …”