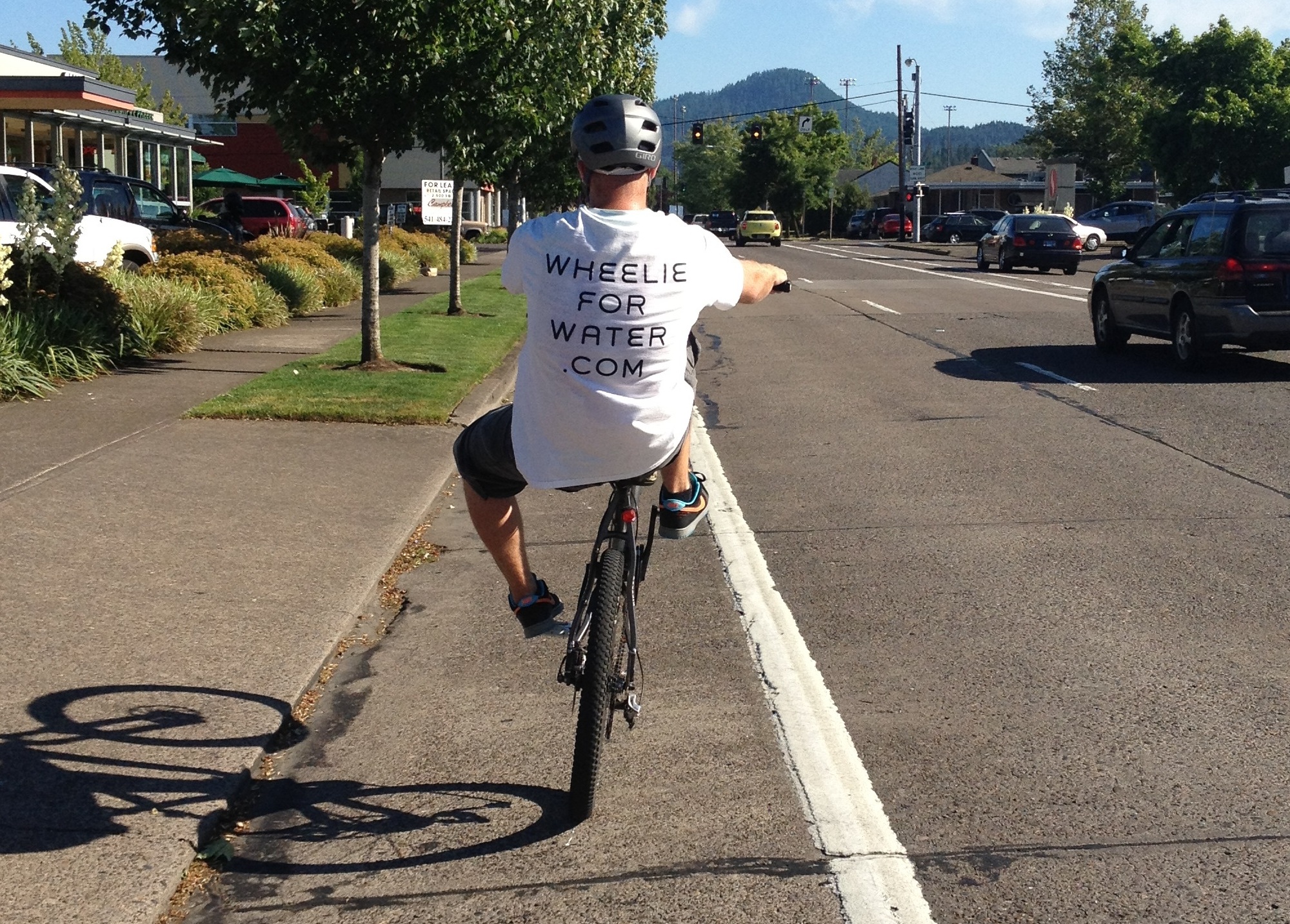 If you watched “The Social Network” you may remember that the Mark Zuckerberg character — then a Harvard sophomore — creates a precursor to Facebook that is called facemash.com. It showed photos of female Harvard students side by side and asked people to pick who was “hot” and who was “not.”

This is the guy who is now — and this should have been obvious to anyone even back then — a 28-year-old billionaire.

We would never resort to anything so crass here. Which is why this blog earned $4.82 last month. But we think Zuckerberg won’t mind if we steal his basic idea.

So without further delay we present you with …

… in which we show you photos of two Eugene celebrities on bikes, and you tell us who does more for the cause of Eugene’s urban cyclists. 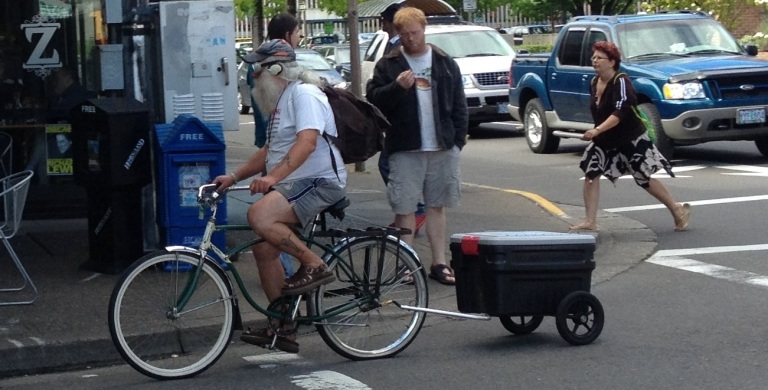 (Frog needs either a little more air in his back tire, or fewer joke books in the trailer.)

I think we’ll take BikeMash public next week. So I’ll see you all on Wall Street.

Speaking of the $4.82 this blog brought in last month, you’ll have to pardon me while I do a little self-promotion. I mention this fact in a Q&A profile being that was posted Wednesday on Oregon Live, as this blog is — quite incredibly — part of the Oregonian’s Oregon News Network.

Yeah, there’s a Q&A with me there. I guess I’m not anonymous anymore. In the Q&A I mention that the $4.82 will buy me a pint of microbrew. So I will admit right now that I’m a beer snob. I was amazed when, about five years ago, I went to New York City — the center of the universe for everything from fashion to finance — and I found that there are essentially two kinds of beer sold in Manhattan: Bud, or, if you want the good beer, Heineken.

Needless to say, I haven’t been back to New York since. But if we need more evidence that all good things eventually become parodies of themselves, we must examine the Northwest craft beer scene with a stern and critical eye.

If you sat down on New York barstool next to some dude drinking a can of Bud and told him that what you really wanted, instead of the Heineken you were forced to order, was a Rogue/Voodoo Maple Bacon Ale in a pink bottle for $12.99 …

Well, let’s just not mention this to anybody east of Bend, OK?

Can somebody explain this, please: 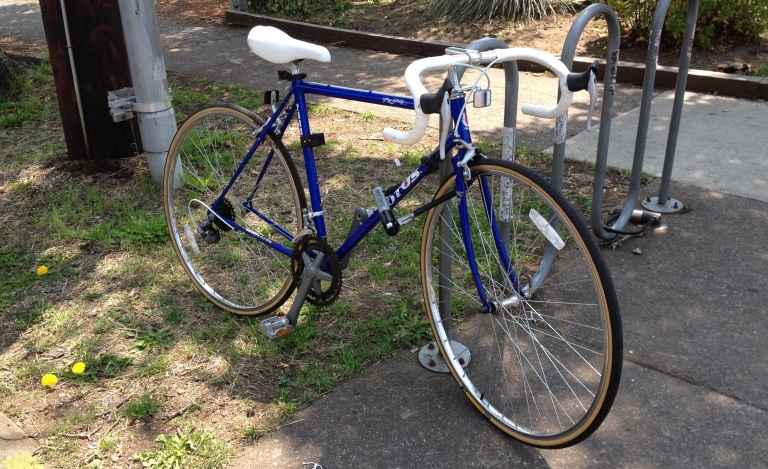 Just a regular bike, locked up outside House of Records on 13th, right?

Maybe this is the flip side of your grandfather telling you how he walked 8 miles to school everyday, uphill both ways. Some this guy will tell his wide-eyed young grandkids how he rode his bike to 8 miles to work everyday, downhill both ways.

Sure, I see bikes without seats all the time. And missing wheels. No chain? Would someone steal a chain?

After I took this photo, I walked a few more blocks for a vegan hot dog at that food cart at 12th and Willamette. As I sat there eating it was hard not to notice the woman working the counter:

No, no. Did you catch the tattoos?

OK, we’ll wrap things up today with this guy:

I stopped at the corner of 12th and Pearl and he sailed past, riding a wheelie. He continued south in the bike lane, riding the wheelie the whole way, continued directly through the red light at 13th, still riding the wheelie, and on and on all the way to 18th, where he turned left and headed toward campus. His front wheel didn’t touch the ground once.

Anybody know this guy?

12 thoughts on “Introducing BikeMash, the long-distance wheelie rider and even more”