With another Tour de Milk Crate behind us, you will be happy to know that we will impose a strict Milk Crate Moratorium — at least until we cannot help ourselves any longer.

In the meantime, we will get back to our usual activity: providing critically valuable information. So let’s have another edition of “Eugene Bicyclist: Rolling Answer Man.” That’s when you ask the questions, and I beat around the bush.

I happened upon this youtube video [you may have seen this; it went viral not long ago — E.B.] …

… which got me to thinking about the plethora of bike lane obstructions in my neighborhood and if it were possible for a cyclist to get a citation for taking the lane to avoid them. I know the lane can be taken for the sake of safety when there is no bike lane but what about when there is an obstruction? What say you on this issue?

I say I want to thank the reader for sending this question, because this will allow me to dig into my photo collection to bring you some previously unpublished photos of bike lane obstructions.

So, as they like to do in law school, let’s discuss this issue by creating a hypothetical situation. Could you legally move out of the bike lane in order to avoid this debris?

We have no idea. The law is gray. We suppose it would all depend on the officer who happened to see you do it and/or the judge who heard your case if you did get cited and went to traffic court.

But I suppose that we should go — even though it is against our better judgment — to the Oregon Revised Statutes, 814.420, entitled “Failure to use bicycle lane or path” and see what guidance it can offer.

How many times can you say “bicycle lane or bicycle path” really fast? But did you know about this — that Oregon has a mandatory bike lane law? That means if there’s a bike lane, you have to be in it. I rode my bike around here for a long time without knowing this. But there are some exceptions. You can leave the bike lane “for the purpose of”:

(a) Overtaking and passing another bicycle, a vehicle or a pedestrian …

Or a skateboarder, we think:

Or an elderly person in an electric scooter:

Or a guy jogging …

Or a really wide load that barely qualifies as a bicycle at all: 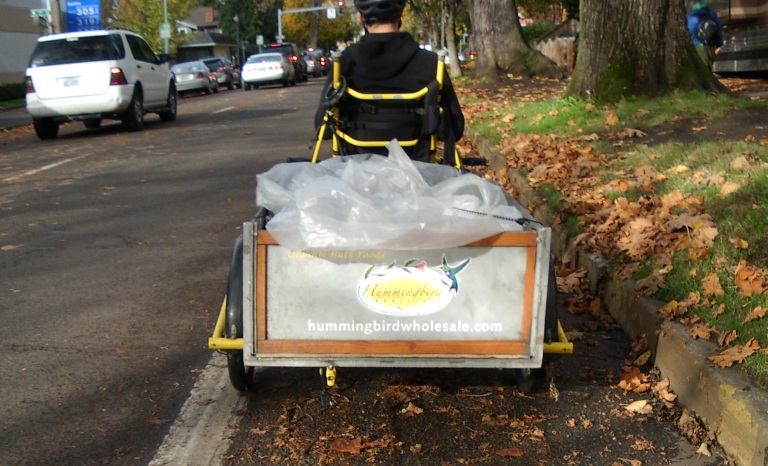 Or a FedEx truck: 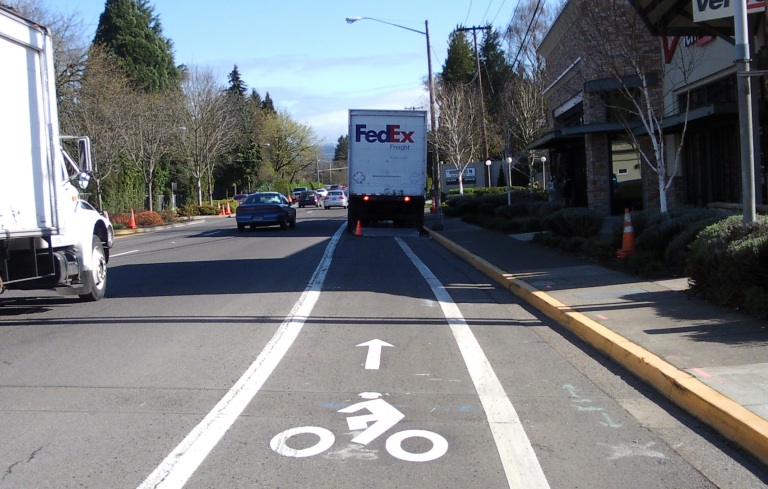 Or a tree trimming crew:

You get the idea.

There are some other exceptions allowed by the law. You can leave the lane when you are:

(b) Preparing to execute a left turn … 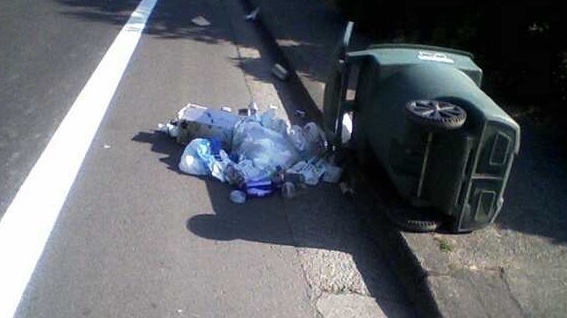 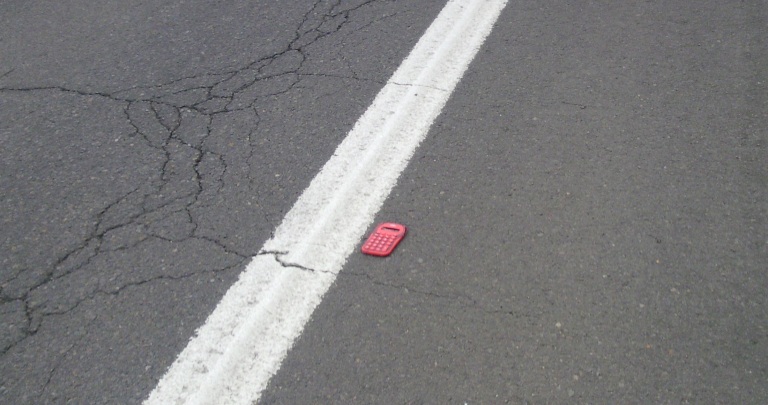 And you also legally can leave the lane when you are:

(e) Continuing straight at an intersection where the bicycle lane or path is to the right of a lane from which a motor vehicle must turn right.

But I really want to get back to the kid on the skateboard. 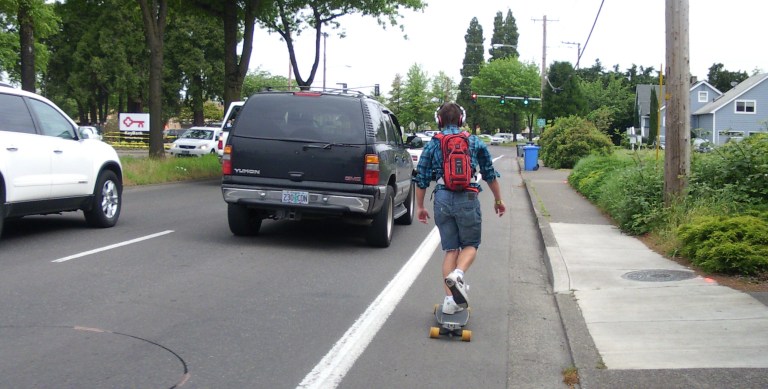 He was a pretty nice guy. At a red light, he came up behind me after I passed him (outside of the bike lane). One or the other of us — I don’t remember who — struck up a conversation. He told me he was skateboarding from south Eugene to Costco to get his eyeglasses fitted — 13 miles round trip, he said.

I asked if there was not an optometrist somewhere in south Eugene.

For this kid’s sake, maybe we could get a movement going for Costco at Civic Stadium?

Speaking of Costco, what the hell?

Why do you have to get to Costco and line up before it opens? Furthermore, why do a lot of the retired dudes who also show up early at Costco back into their parking spaces.

We would think if you are going to Costco you are loading up on a bunch of crap. You’re going to be coming out of the store with cartloads of stuff. Wouldn’t it be easier to load up your truck if you weren’t backed in? But what do I know about Costco? Not much.

Anyway, we should probably get back to our point and our original question: I’ve not had the impression that Eugene police spend a lot of time stopping and ticketing cyclists. But I contacted EPD and asked if they could get me some data.

It turns out that in the 13 months from May 2010 through May 2011, Eugene police officers issued two (2) citations for “failure to use bike lane.” So it would appear that this is not an epidemic — neither in the form of rampant violations nor heavy-handed crackdowns ala New York City.

But the overall cyclist traffic citation data I received was interesting. I’ll show you more in a future post after I get some of the details fleshed out.

10 thoughts on “I stay in the bike lane, except when I don’t”