It’s a rest day in Le Tour de Milk Crate, but we will not rest. We have work to do. Listen up:

WordPress — the platform on which this blog crisscrosses the globe — provides some rudimentary data about how people came to land on this meek and humble site — for example, via a Facebook link, a Google search, a library card catalog, etc.

So here’s one that stopped me: Someone — it doesn’t tell me who, thankfully — landed on eugenebicyclist.com after Googling “how to bungee crate to bike.”

I could just blame Google, but I won’t. I will — like former U.S. Rep. Michael Weiner — take personal responsibility and apologize. Because this information did not actually live on this blog at that time.

But we have posted often about the fabulous cratie, of course. And I tested the search myself (this was some time ago), and why, yes, eugenebicyclist.com was right there toward the bottom of Page 4 of the Google results. Which caused me further fascination, as I considered that someone Googled this phrase and then had the fortitude to burrow four pages into the results. Four pages?! Trying to figure out “how to bungee crate to bike”!

And there are those who say the Internet is ravaging our attention spans. To them I can say only: Rubbish.

But perhaps it is more difficult than I think to “bungee crate to bike.”

So, forthwith, we undertake the creation of a cratie right here, right now, before your very beady little eyes: It will take us just four short steps (just in case anyone out there does have an attention span shorter than this guy’s handlebars): 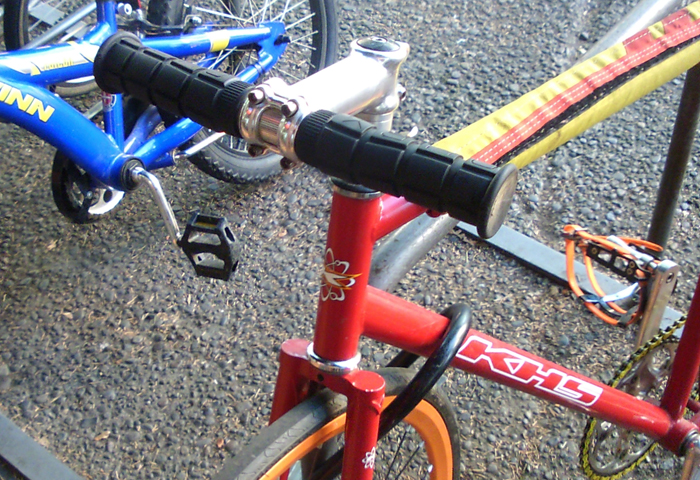 In which case, I doubt they’d still be with us after that rambling introduction. Enough. Let’s dive in.

The easiest way to make a cratie, of course, is to do it naturally — that is, let two existing craties canoodle. Here are a couple getting to know each other: 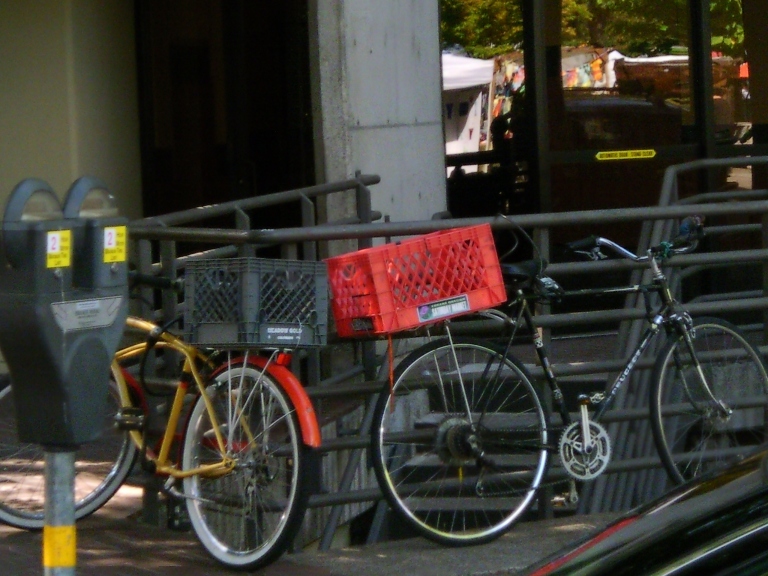 This being a PG-13-rated blog, we won’t show you any more than that.

But we do have the technology to do this artificially now.

Step one: Gather the necessary materials

a) bike: This goes without saying, we hope, but we mention it merely in the interest of allowing even the dullest among us to find their way into the motherly embrace of a greener lifestyle. 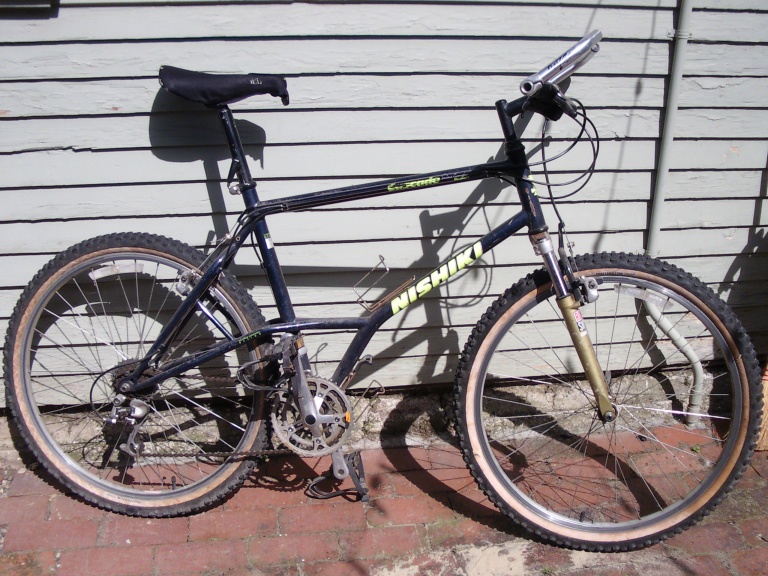 Something like this, with a little luck, can be had at an estate sale for less than 50 bucks. Should you attempt to buy it from the folks who have the bike sale at the corner of Charnelton and 13th every once in a while, they’ll want $200 or something. Shop around. Don’t be in a hurry. Craties are not for people who hurry through life anyway.

b) rear rack: We must have something to mount the milk crate on, of course. Attaching the milk crate directly onto the rear tire and lashing a rope or bungee through the spokes is not recommended as it may cause your bicycle’s performance to suffer.

Alternatively, it may cause the crate’s performance to suffer. Again, wrong:

So get one of these (try craigslist or your local bike shop): 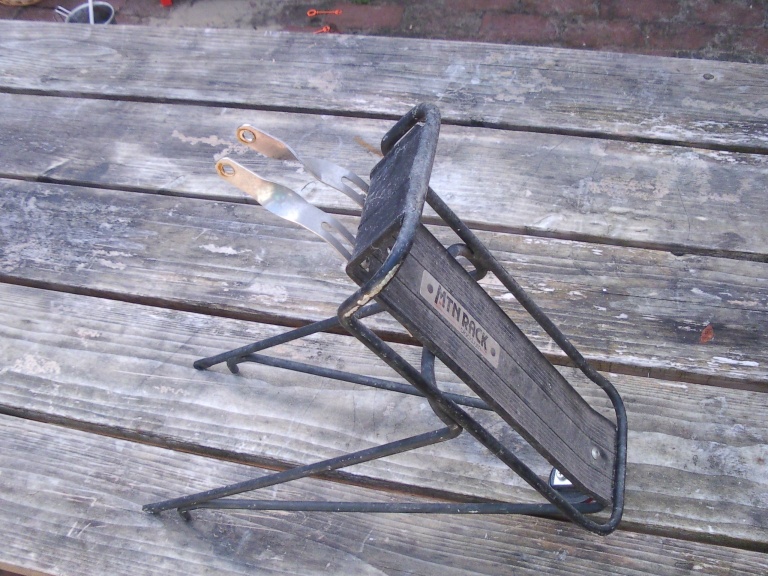 c) crate: Here you have a number of options, depending on budget and taste. If saving cash is your biggest concern, search the garages, attics and basements of friends and neighbors. Check the loading dock at Albertson’s, Safeway, or, yes, DariMart. Or even the alley back behind Capella Market … 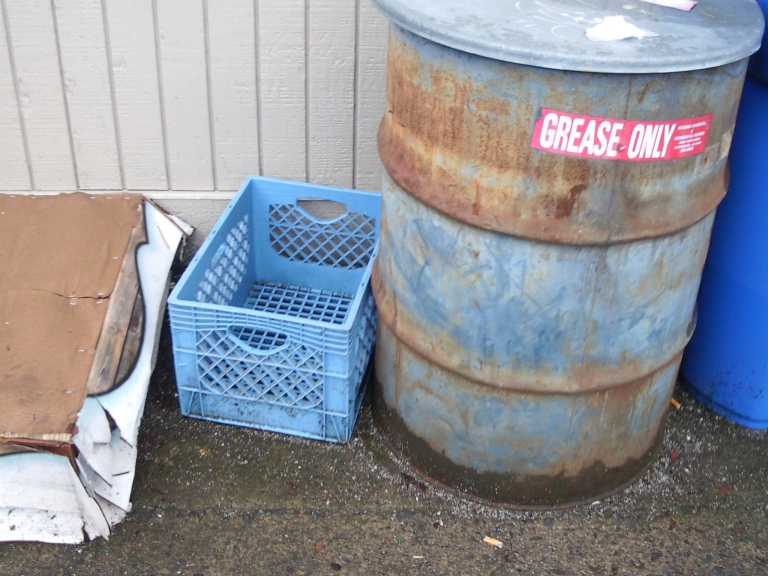 … where they keep them next to the grease.

Peek into the beds of old beat-up pickups you spot parked in the driveways of unkempt houses: 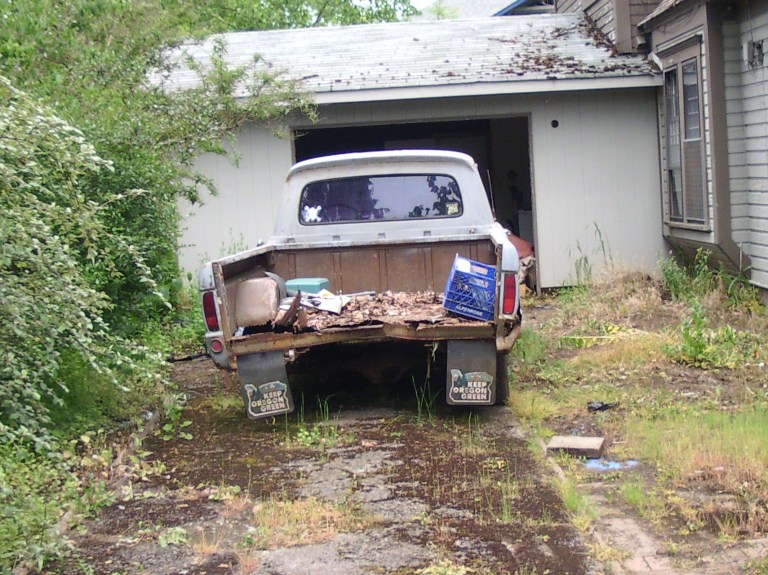 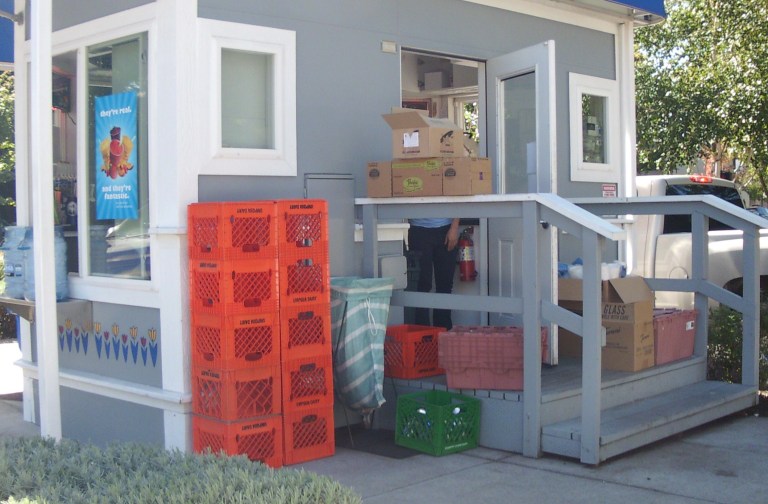 On second thought, we don’t suggest you try to steal anything from a Dutch Bros. coffee stand (not that we advocate stealing from anyone).

On occasion you can find one propping up an old trailer, say: 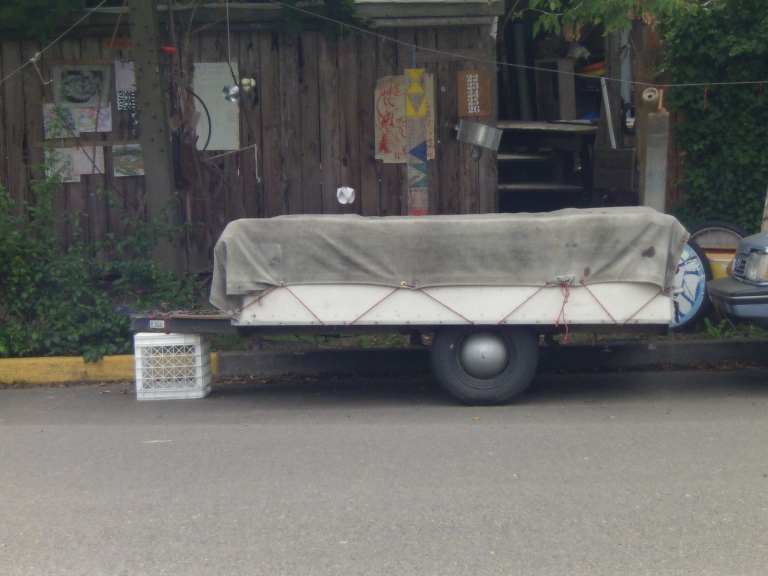 Or even propping up some guy busking outside of the Kiva: 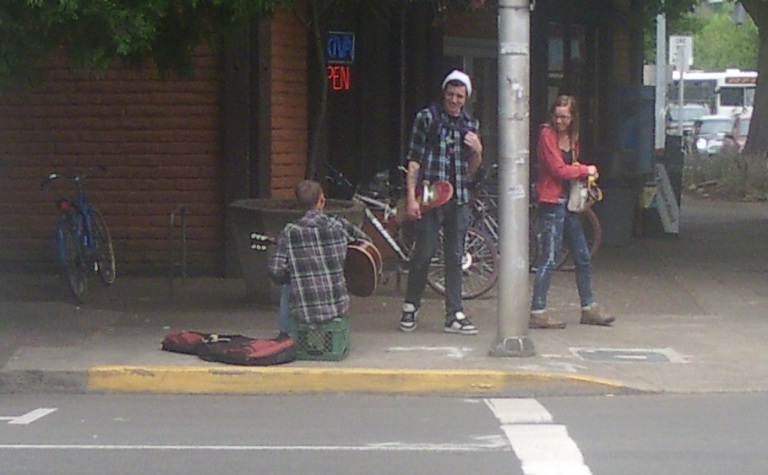 Or you could go to Saturday Market and sneak up to the back of the Ritta’s Burritos booth: 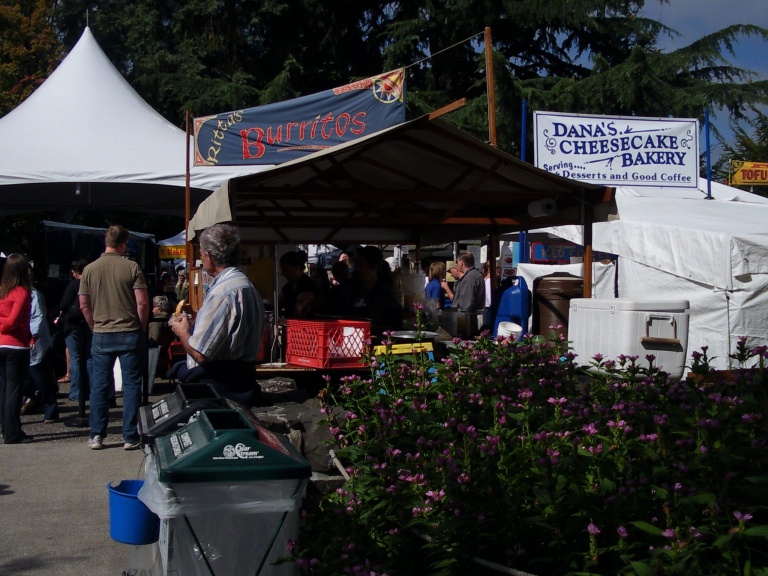 There’s a chance, too, you will come across one before too long in a free pile. Here’s a free pile I saw one day on Lawrence Street.

Or you could go to BRING Recycling and find one for a couple of bucks: 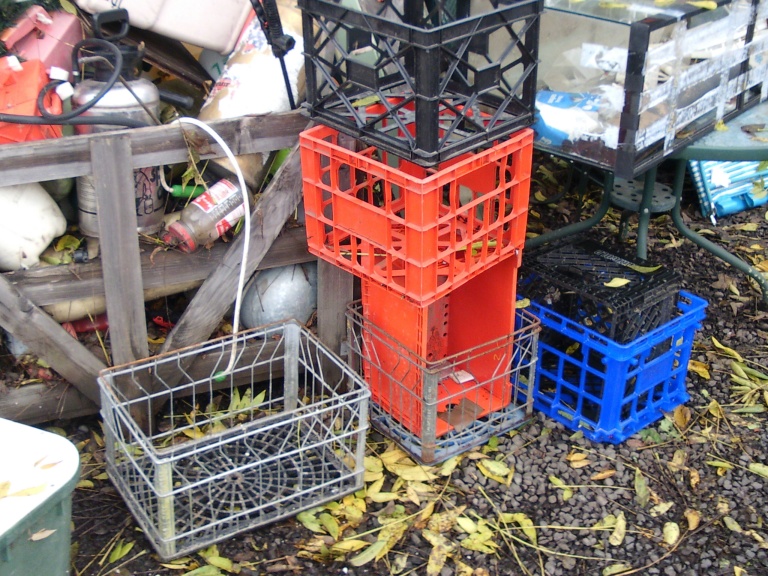 Worse comes to worse, just steal a crate off of someone else’s cratie, because, hey, chances are it is not really theirs to begin with. Have you ever read a milk crate? 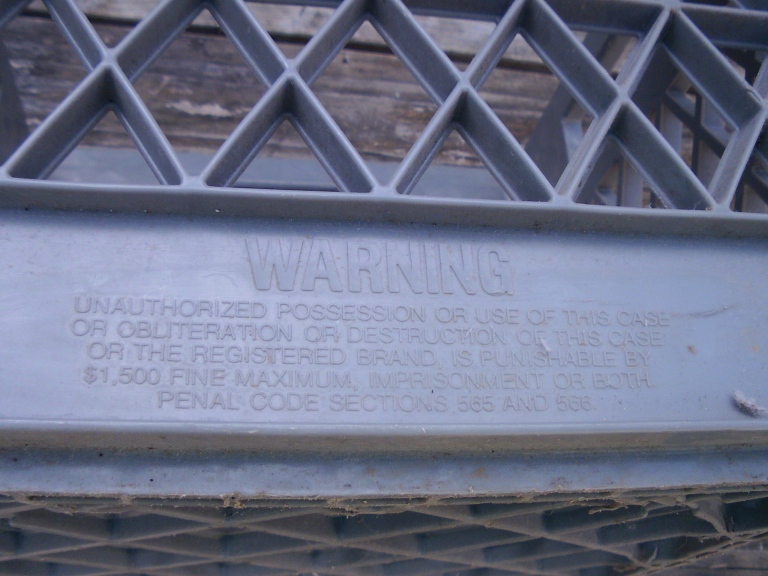 Well, I think we can just disregard that completely, don’t you? Everyone else does.

But if you have a few bucks and you don’t want to break the actual law, you can also go to an office supply store and buy a file crate. This is a good substitute for the more law-abiding and mild-mannered among us — those whose style is not to agitate.

Anyway, the one we shall use today we found it in my father-in-law’s mud room, which is another good place to look:

d) zip ties: That’s right. Bungees don’t actually hold the crate to the rack the firmly. Based on my careful observation, the zip tie (also known as a cable tie) is the preferred method of attachment. They’re also good for tying up the hands of someone you have taken hostage. 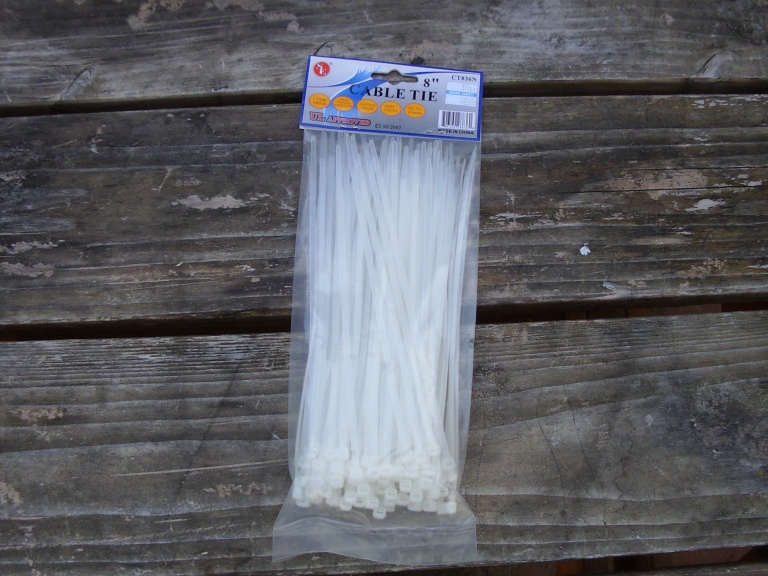 e) finally, the most crucial ingredient — desire: You have to want it.

This is the part that involves actual nuts and bolts, but nothing too complicated fortunately. You just have to do this four times: 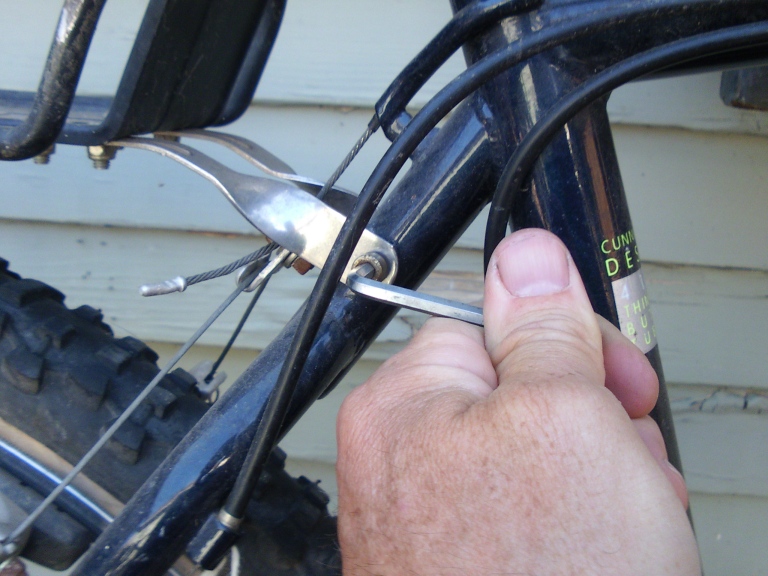 Step three: Rip open your pack of zip ties and use them to fasten the crate to the rack: 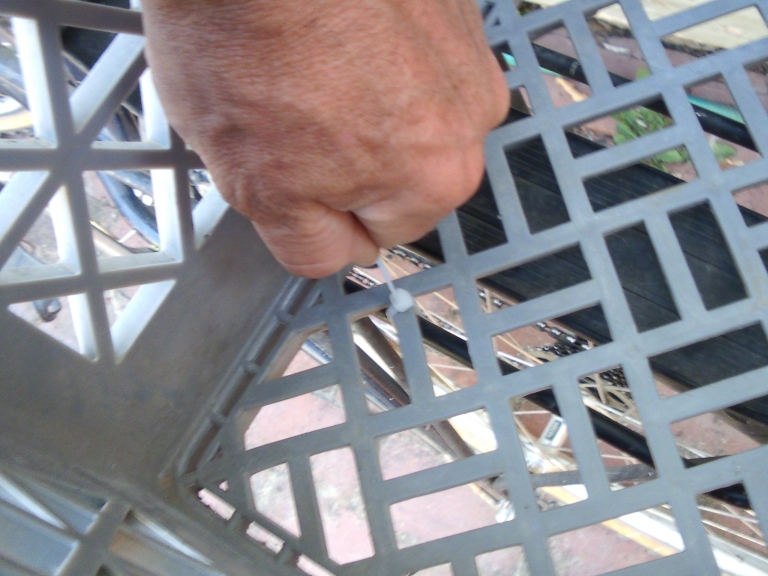 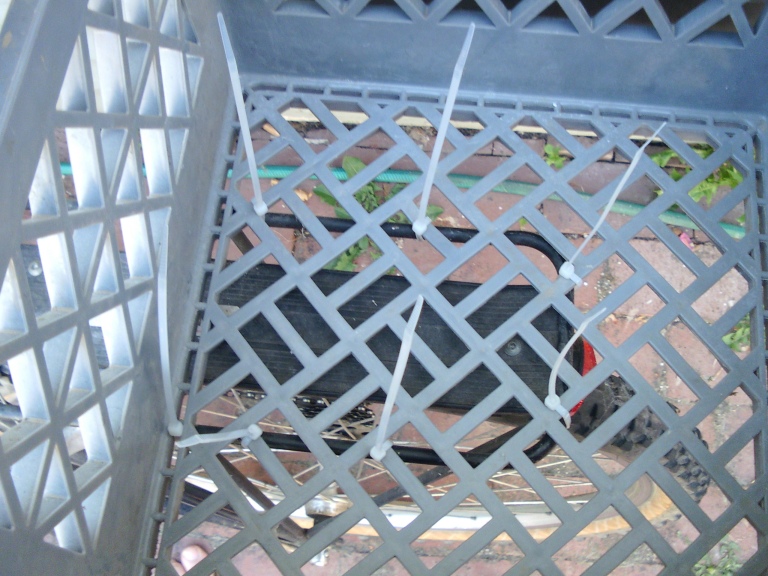 If you like being tidy, clip off the long ends: 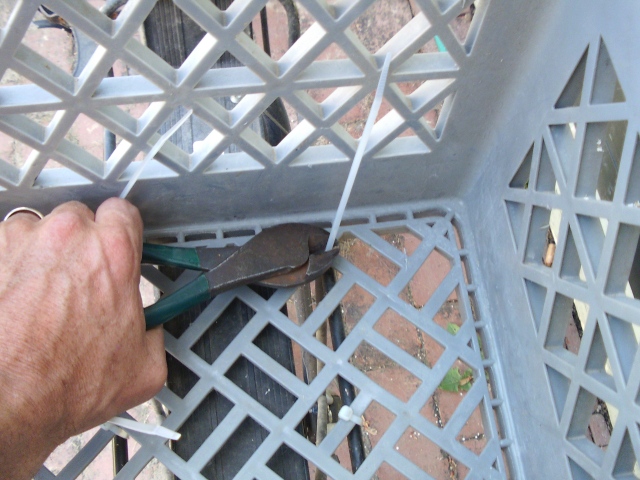 Step four: You are now a happy member of Team Darigold-Nishiki! 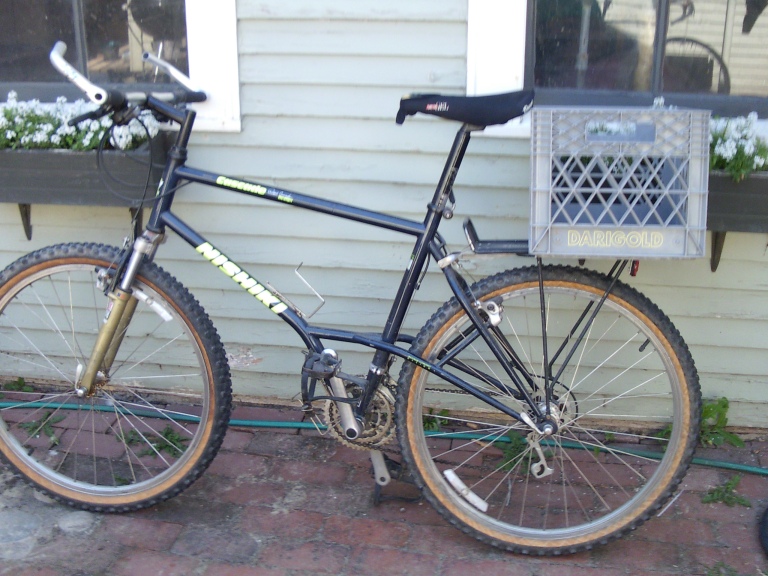